Nureeto 90mg Tablet is a non-steroidal anti-inflammatory drug (NSAID) called COX-2 inhibitors. It works by blocking the release of certain chemical messengers that are responsible pain and inflammation (redness and swelling).

Nureeto 90mg Tablet is used for pain relief. It relieves pain and inflammation in conditions like rheumatoid arthritis, ankylosing spondylitis, and osteoarthritis.

Take this medicine in the dose and duration as advised by your doctor. Swallow it as a whole. Do not chew, crush or break it. Nureeto 90mg Tablet may be taken with or without food, but it is better to take it at a fixed time.

Is Nureeto a narcotic?
No. Nureeto is not a narcotic. It is a non-steroidal anti-inflammatory drug(NSAID).

Is Nureeto a painkiller?
Yes. It is a pain killer. It belongs to the class of medications known as non-steroidal anti-inflammatory drug (NSAID).

How to differentiate Nureeto and ibuprofen?
Nureeto is a Selective Cyclooxygenase-2 (COX-2) inhibitor which is an enzyme responsible for pain and inflammation but ibuprofen in a non-selective COX inhibitor which has more gastric side effects like gastric ulceration as compared to Nureeto. 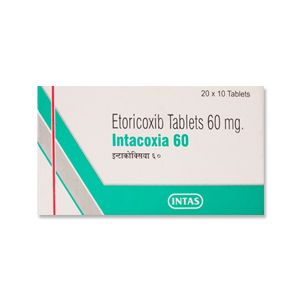