Tebina 250mg Tablet is an antifungal medication. It stops the growth of fungus by preventing them from forming their own protective covering which is required for their survival in the human.

Tebina 250mg Tablet is used in the treatment of fungal infections.

Is Tebina effective?
Tebina is effective as an antifungal drug if used in the doses for a duration as advised by your doctor.

Does Tebina interfere with birth control?
Tebina can cause breakthrough bleeding and irregular periods when Tebina are taken with oral contraceptives (birth control medications). Please consult your doctor before taking the two medicines together.

Does Tebina treat tinea versicolor?
Tebina is used to treat fungal infections affecting fingernails, toenails, and skin. It is not the preferred antifungal for tinea versicolor (yeast infection characterized by discolored skin usually on the back, underarms, upper arms, chest, and neck) 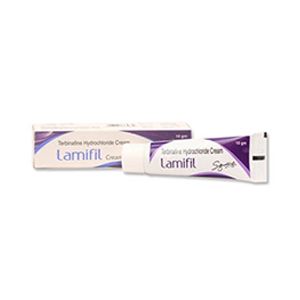